Have you an idea to develop an App?

We define each type & break down the pros and cons of developing your app under each type.

With the already huge market for apps continuing to grow, these have become very popular questions.

However, there may be an even more important question that you should be asking yourself.

Which app is right for my business?

Do you know? Shouldn’t you find out? Don’t spend unnecessary time and money developing an app that isn’t best suited to your needs and your clientele.

Read on and we’ll break down the need-to-know information on each type of app, as well as ways to help you decide which one is right for your particular application (no pun intended).

By the time you’re done reading, you’ll have everything you need to know to make the perfect decision for your business and be ready to start the process of developing your mobile app.

What is a Web App?

With all of the different types of apps available, you’re probably asking yourself, “What is a web app?” There are plenty of complicated answers out there, but let me make this simple for you.

Every time you visit a site on your phone or tablet’s browser and you notice that you’re viewing its “mobile version,” that’s a web app.

Due to the limitations of smaller handheld devices like smartphones, navigating a full-sized site—developed for PCs—through a mobile browser can make things quite difficult and potentially ruin the user experience of a perfectly good website.

That’s why web apps were developed. Web apps are optimized for mobile use, making navigation and use much easier for the smaller screen and limited keyboard function. They are also far more intuitive than you would find on a regular website, often functioning as a native app would. They are typically simplified versions of a standard website and help users accomplish what they need to do more quickly.

Upon the release of HTML5, web apps became very popular because they allowed native app functionality to be added to the browser experience. Not to say that you can get the functionality of a native app from a web app, but a good developer can get close.

Now that you know what a web app is and how it is used, let’s look at some other options.

What is a Native App?

On the complete opposite end of the app spectrum from web apps are native apps.

What is a native app? These are stand-alone, downloadable apps. They come with their own little icon and become a part of your phone, tablet, and your life.

Native apps are designed for specific platforms (iOS, Android), and what you develop for one will not translate to the other. For that reason, you’ll find plenty of platform-specific apps that live on one or the other, but not both.

There are plenty of pros and cons to using native apps as well. Let’s take a look.

Pros of developing a Native App:

Cons of developing a Native App:

If you have the time and the budget, a native app may be your best choice. If you’re looking for a little native mixed with a little web app, be sure to check out hybrid apps.

What is a Hybrid App?

What is a hybrid app? Good question.

To put it simply, a hybrid app is one that gives you the best of both worlds…sort of. You won’t get all of the creative control that you get in a native app, nor the flexibility found in web apps, but you end up with a good mix of both.

Hybrid apps are becoming more and more popular, but is it the best option for your mobile app?

Pros of developing a Hybrid App:

Cons of developing a Hybrid App:

What You Need to Evaluate Before Selecting Web, Hybrid, or Native

There are several factors you need to consider before choosing the type of app that suits your particular needs. Run through the questions below to find the best fit for your app!

Which mobile platform do you want use? (iOS, Android, Others)

Do you have the time and budget to create two apps? Are you prepared to launch, test, and update each app as you move forward?

Some people are prepared for a multiple app launch, but many are not. You’ll need to pay attention to user comments and, especially in the early stages of your launch, be prepared to fix bugs and glitches that can ruin the user experience and cause people to delete your app.

Which mobile app distribution channels do you want to be on?

If you develop a web app, you’ll be limited to browsers finding your app and directing your users to it. If you create a native app, your users will need to download your app in order to access its contents (something not everyone is prepared to do).

The exposure of the App Store and Google Play are something to take into consideration as they can make it much easier to promote your app.

What type of user experience do you want? Do you want integrated phone functionality?

Integrating the features of your specific platform is one of the most important things to consider when choosing your app type. Is it important to have access to the camera, contacts, SMS, or the device’s hardware buttons?

If you are looking for the ultimate user experience from your app, native is the way to go. Apps can be full of features and perform a multitude of tasks as long as they are intuitive and simple to use.

Complicated or confusing apps that cause you to fumble or second guess your actions don’t often get used. Apps that don’t get used get deleted.

When do you need your mobile app to launch?

Another thing to consider is how quickly you want your app to go live. Native apps usually take longer to create, while web apps can be created quite quickly, especially if you have an existing website and content.

A hybrid app makes better sense when there is limited time (and budget) to get your app live. That way you can get your app in front of users of both platforms more quickly.

How often will you update your mobile app?

If you plan to continually make changes to your app, you may want to go the hybrid route. Most of your updates can be done automatically via the internet, and unless you make integral changes to the way your app works, its users won’t even know the difference.

Banks, news outlets, and other businesses that make frequent changes to their apps often rely on hybrid simplicity to help keep updating from being an invasive and annoying process.

Which App Will You Pick?

By now you know more about apps than most and are better prepared to move forward on your app development project.

As you’ve seen, you have plenty of options when it comes to developing your app and lots to consider when making your choice. Remember to weigh the pros and cons of each type of app when deciding. Pick the app that best meets your needs.

It’s time to find an excellent developer and get started on your new app!

Below, we summarize what has been said above using a comparative matrix useful to evaluate the best solution to be adopted for a specific project. 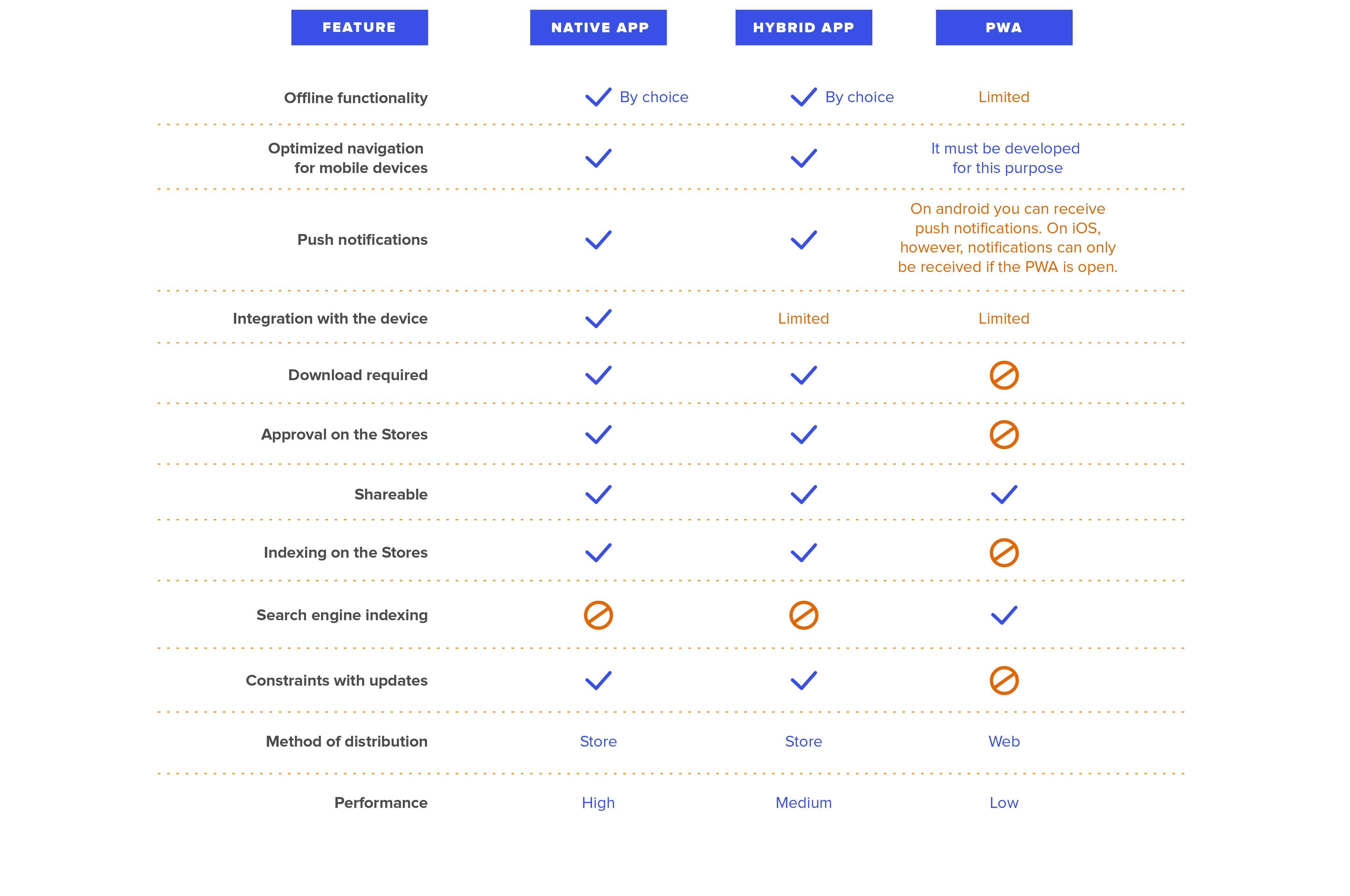 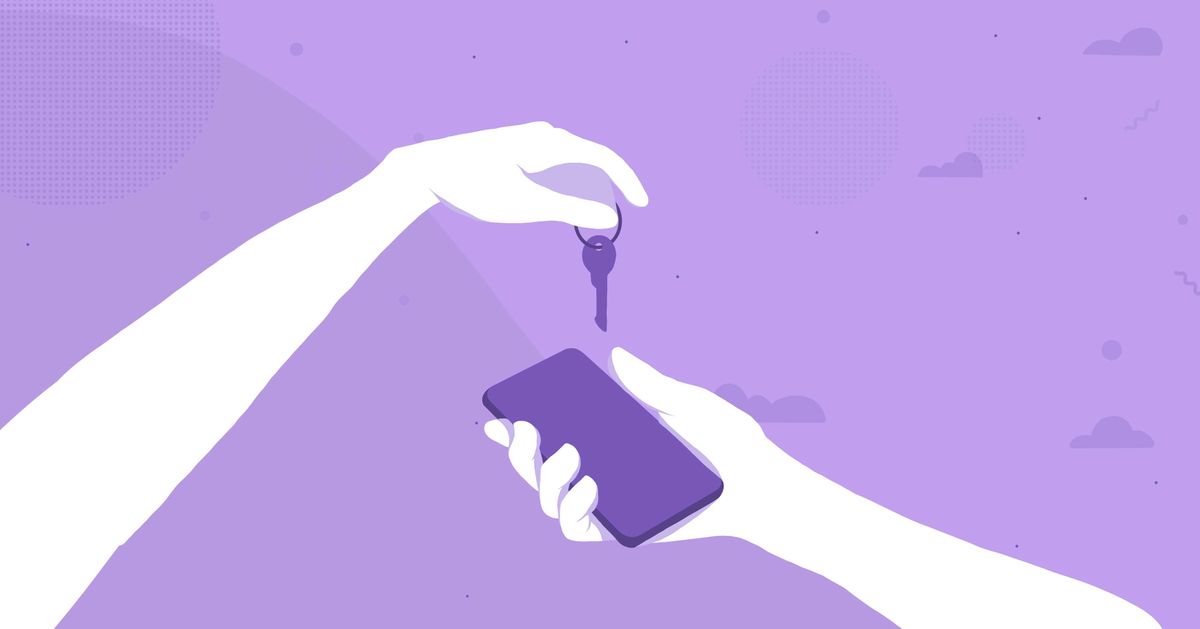 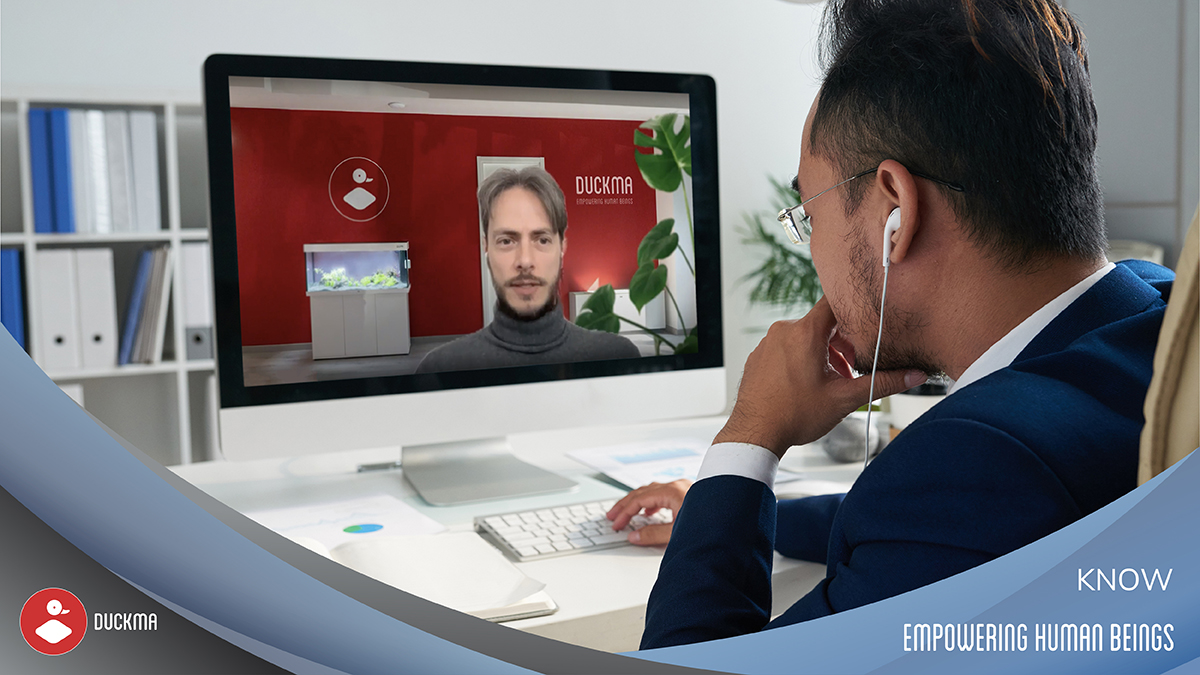